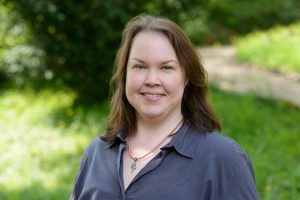 Growing up in a small town in northern Bavaria, Myriam soon discovered her interest in foreign languages. She is still to this day, inspired and passionate about her interest in foreign countries, cultures, and recognizes the importance of understanding and respecting differences. She studied English, French, as well as some Spanish, and even took a year of Czech language in high school. She also completed her very first study abroad experience in California, USA during high school.

After graduating, she attended the Dolmetscherschule Würzburg, Germany, in a formal training program and earned her certification as a French/English Bilingual Administrative Assistant. Since the training also included learning about many cultural aspects of France, Great Britain, and the United States, she gained a much deeper insight into not only the languages but also the different cultures.

During her college studies at the University of Passau, Germany, she studied for a semester abroad at Otterbein College, OH, USA. There, she again focused on foreign languages and attended, among others, courses in French and Spanish. In addition, she completed an internship in an international environment at an international language school in Washington D.C., USA, two years later.

This experience in particular, helped strengthen her skills in being able to help future students have similar experiences. Working at CEPA is a natural fit for her, considering all of her own life changing experiences. Helping students every day to learn about different cultures, countries, and to help students broaden their views of the world is her passion.

Her native language is German and she is fluent in English, both written and spoken. She also has basic skills in both the French and Spanish languages.

“The man who moved a mountain was the one who began carrying away small stones.” — Chinese Proverb