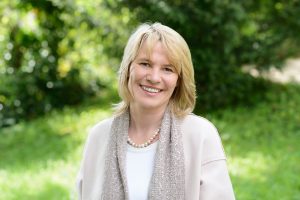 Uli is a native of Germany and has over 25 years of experience in leadership positions in international higher education. For many years, she studied and worked abroad in the USA, France, and the UK. In addition to German as her mother tongue, she speaks English and French fluently and has a reasonable command of Spanish.

She holds German, French, and British University degrees in International Business Administration as well as an American MBA.

Uli started her career at the German National Tourist board where she was responsible for bringing more international visitors to Germany. She continued her career as a Marketing Manager for a major German bank followed by a position as Director of Marketing for an international university with campuses in Europe and the United States, where she developed a real passion for international education.

She is the founder of CEPA Europe and CEO since 1997. Under her leadership and guidance, and in collaboration with an excellent, close-knit team, CEPA has developed to one of the largest European based study abroad organizations that offers unique study abroad opportunities for well over 2,000 international students yearly.

In 2013, Uli initiated the creation of CEPA Foundation, a 501(c)(3) public charity based in the US. She serves on the Board of Directors.

Intercultural awareness, civic engagement, and social responsibility within her own organization, but also towards people with a less privileged background are values that are close to her heart. In this context, she also actively oversees charitable projects for disadvantaged families and children in the Mayan village of Vuelta Grande, Guatemala.

In addition to her roles at CEPA, she is also the President of a French travel organization as well as the hotel and study center Château de Pourtalès in Strasbourg, France.

“Success is not the key to happiness. Happiness is the key to success. If you love what you are doing, you will be successful.” — Albert Schweitzer